Back in February I 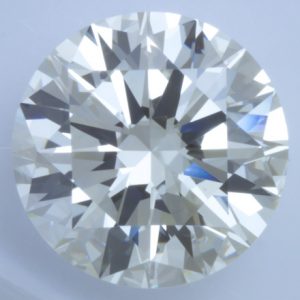 did a posting on a diamond that had a fair cut grade, it was not a very attractive diamond.  Of course we sent it off to the diamond cutter to bring it to life.  Our estimate was the diamond would need to come down to 1.17ct in order to greatly improve its looks, at least that was our estimate based on our diamond recut chart.

The diamond cutter did what he needed to do and once done it was back to the GIA to see what they thought of it.  Great news for us the stone’s finished weight only dropped down to 1.34ct.  The good news continues as cut grade jumped up three cut grades to excellent.  As a bonus some inclusions were removed from the diamond during the recutting and the GIA increased the clarity grade from VS2 to VS1.

The diamond now is very brilliant and a great piece of art, certainly this stone will grace the finger of a truly beautiful girl at some point.

We will do another recutting ride along shortly.  We had in our inventory a very ugly 3.13ct cushion cut diamond, we did a posting about clarity enhancing using the stone.  After enhancement it was still ugly, so we sent it off to the cutter as well and are expecting it back shortly.   I suspect the transformation of that stone will be even more dramatic than this one.

When India passed their 2012 budget, it came with some tax increases as well as new taxes for members of the trade.

Existing import duty on gold bars, coins and platinum increased from two percent to four percent which is a 100% increase in the tax rate on these items.

A new tax was added of one percent on non-branded jewelry.

These materials used to make jewelry obviously cause the finished product to cost more, not good for 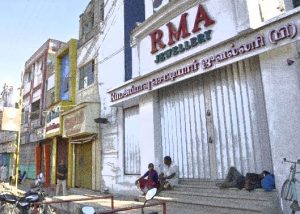 Like many countries in the world right now, the Indian government believes taxing citizens and companies allow them to increase their revenue.

Do the gold & gem workers sit down and take it?  Nope, thousands of staff have gone on strike demanding the government roll back the taxes.  Some have even gone as far as initiating hunger strikes.

If those taxes are not enough, Suart diamantaries (the largest diamond polishing center in the world by volume) are now being charged a professional tax from diamond manufactures and workers.

Things are clearly getting bad in India for the diamond and gem industry.  The government wants a larger share of the pie.