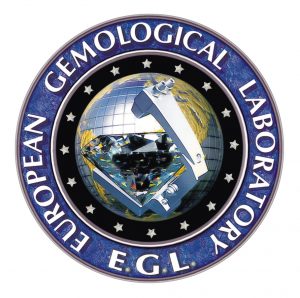 I wrote a couple posts a few weeks back, one was a press release done by EGL USA.  The other was my take on what was going on, how EGL would be out of business by October 2015.

Seems Mr. Rapaport’s move to eliminate the competition has been quicker than I expected.  The EGL International offices, including labs in Asia, India, Belgium, South Africa and Israel have already closed their doors.

EGL USA is still fighting, but I don’t think they will get very far.  They must close or re-brand to have any chance.

There is a battle going on in the diamond world these days.  People outside the industry will never hear about it of course, it is strictly at the trade level.  Let me give you a real high level overview of what has been going on.

1) EGL International has been over grading diamonds for years.  So far over graded that their reports are simply fraudulent.  See an example in an article on diamonds2cash.com where they have a breakdown of a 4.10ct diamond with a GIA report and EGL International report.  Disgusting results.

2) EGL USA does not have the best reputation amongst the diamond industry.  Maybe because of the way they have graded in the past, or their association with EGL International, but they do leave a bad taste in people’s mouths in the industry.

3) Rapaport decided a few months ago they were not going to allow any EGL reports to be listed on their trading network (worldwide).  It is an attempt to keep the fraudulent reports that EGL International puts out from being traded via their network.

4) Just days before the removal of all EGL reports from Rapaport another network called Polygon also decided to remove EGL reports (they pulled the trigger faster, just so they can claim they did it first I think).  Polygon has left EGL USA reports available on their network.

5) Martin Rapaport is rumored to be starting his own diamond grading lab.

Point #5 is what I find the most interesting.  Martin reports (ie. controls) diamond pricing worldwide.  If he opens a diamond lab he will both control the pricing and grading of diamonds that run through his lab.  Seems a bit shady if you ask me.

Lets say you had two large restaurants (MacD and Burger Sling).  Lets also say that you run a food supply company called ‘bad for you food distributors’.  Your food company supplies food to two of the largest fast food restaurants.

Your food distributor decides it is going to start their own restaurant (called Heart Attack).  Wouldn’t it be cool if you could eliminate 1/2 of your competition before you even start?  That would be excellent!

So, before you open your new Heart Attack chain, you inform Burger Sling that you will no longer be supplying them with any food (no other vendor large enough to supply them, keeping them in business).   Your essentially giving Burger Sling a death sentence even before Heart Attack opens its doors.

On top of that MacD has issues of its own, due to staffing problems and high demand it takes more than 4 days for them to prepare a simple burger meal.   What customer wants to wait that long?!?

When Heart Attack opens, and Burger Sling out of the way – who are consumers going to go to?  MacD with a four day wait or the new place that can get them their order quick?

I have used EGL USA a few times, but the demand for diamonds with an EGL report has always been lower than diamonds with a GIA report.  People seem to submit lower color/clarity/cut diamonds to EGL USA, they seems to have a larger tolerance for diamonds of lower clarity.

With Rapaport removing them from the trading network, it is a massive blow to their lab.  I suspect they will either have to close their doors, downsize or the owners/staff of the EGL USA lab will have to start again with a new name.

The new name option seems good to me, I’ve always found it strange that an American diamond grading lab which operates out of NYC – claiming not to be associated with the EGL International labs – would call itself European Gemological Laboratory.

How about AGL (American Gemological Laboratory)…