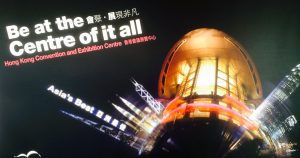 A quick report from the trenches, I attended the Hong Kong Jewelry show in March 2015.  They have a show every 3 or 4 months in Hong Kong – with the biggest being in September (but they are all big).

The show is actually spread over two events, one in downtown Hong Kong and the other at the Airport.  It actually takes two convention centers to handle it!  The Airport is normally loose diamond dealers and the downtown venue is more jewelry related.

I went only to the show at the convention center in downtown Hong Kong this time, as I was not hunting the elusive blue diamond. 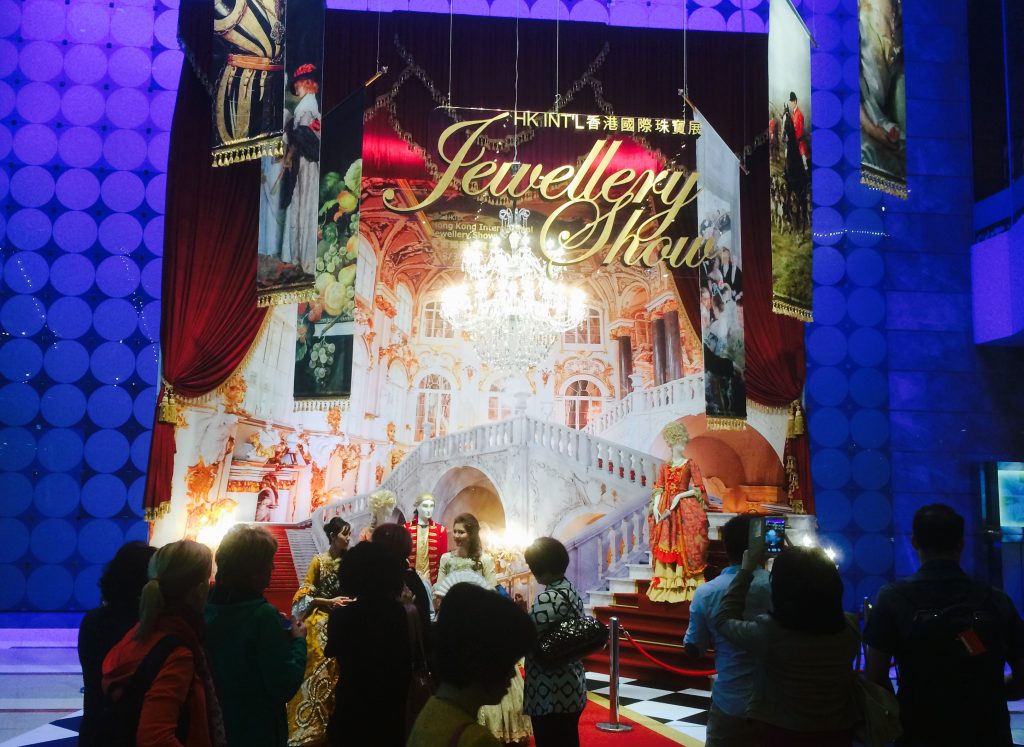 Everyone always wants to know how sales were at the show, because big shows like this tend to drive prices.  If there is low demand at the show prices tend to drop after.

The dealers are always grumbling, greedy buggers who want more sales.  So if you ask them they always complain sales are bad, but usually by the end of the show they are a bit happier.  Perhaps they made a big sale or got rid of a hard to sell item. 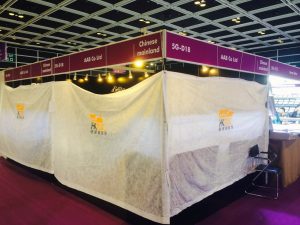 This year was different, everyone was complaining a lot.  I saw a few booths like this on the 3rd day!

Yep, they just did not show up.  There was a sign on this booth that says due to slow sales they were not coming today and check back the next day.

I can’t imagine why a company would just not show up!  They pay a ton of money to rent the space.

The following day they were open again and they did have quite a few customers around the booth, so maybe it was a strategy but very strange.

All the grumbling by dealers seemed to be true.  The week following the show, wholesale diamond prices as reported by Rapnet did take quite a tumble.

Why low demand and prices?

So we have established demand is low and prices fell after the show?  But why?  This you will not see reported in the media, a Graduate Gemologist exclusive?

The reason is demand from China is down.  The reason is not that their economy is slowing bla bla bla.  The reason is because of major fraud and corruption investigations going on in mainland China.  Essentially China’s central government is after rich people that have gotten rich through corruption.

The result is the rich are keeping a low profile.  It is not just the spending on jewelry that is down, you can see it (in an even bigger way) in the casino industry in Macau – where all the Chinese go to gable.

Macau casino revenue plunged a record 49% vs. a year earlier in February 2015.  This is a direct result  of China’s corruption crackdown and people trying to stay under the radar.  February is the 9th straight month of decline for the casino industry in Macau!

Thank goodness the Jewelry industry is not being hit that hard, but it is without a doubt a major contributor to the lack of demand at the Hong Kong show where the mainland Chinese dealers come to buy. 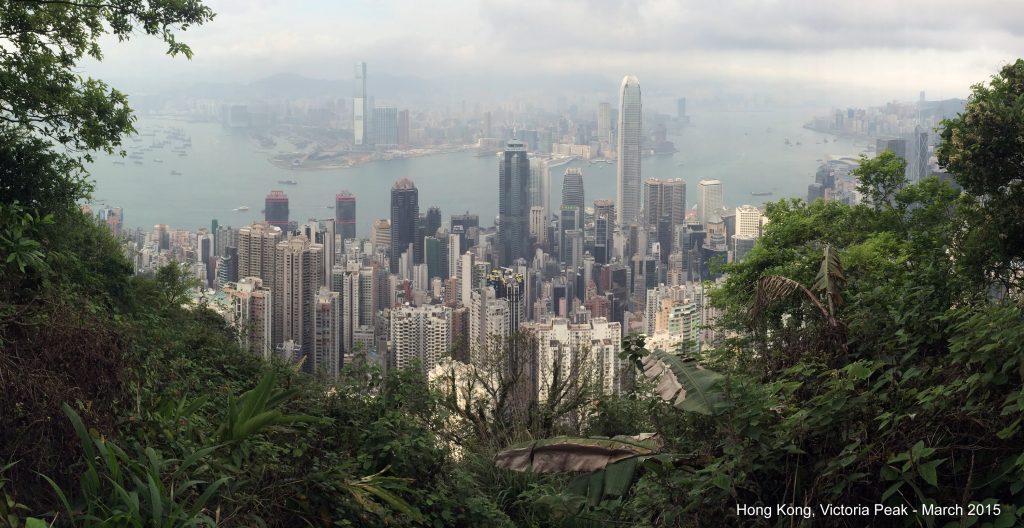 The view of Hong Kong from Victoria Peak